Focusing on graphic arts, an important aspect of my ‚Kunstkennerey‘ is to identify and judge different printing techniques. Therefore, this brief overview aims to describe some of the most popular printing techniques to provide a small insight in my field of expertise. The information is based on Hans W. Singer (1923). Handbuch für Kupferstichsammler. Leipzig. A collection of important (German) inscriptions on prints can be found here: Ad Stijnman „Erläuterung von Beschriftungen auf graphischen Blättern“

For the creation of a relief print, ink is applied on the original surface of the matrix, which means that areas that had been cut out earlier won’t apear on the print. Relief techniques include woodcut, wood engraving, linocut and metalcut. The relief print was used for printing on textiles already in Ancient Egypt. In the 15th century woodcuts became popular in Europe as well.

The first woodcuts were printed in monochrome and hand-coloured afterwards. Colours are an important source to date a print and locate its origin, since not every colour was available at any time and place. First the woodcutter works the printing matrix or plate according to previous drawings. The final image appears in reverse. In the printing press the applied ink transmits the image on the surface of the paper. For every print the matrix must be inked again. Not only does the woodblock suffer under a regular use, which can be identified in greasy lines or in small gaps where the wood broke off, but the woodblock also changes due to weather, climate and age. This is why the number of copies was limited to a few hundreds.

Intaglio printing describes prints and printmaking techniques in which the ink is holded by incised lines or sunken areas of a surface, therefore it is the opposite of a relief print. The lines are cut into a metal plate with the help of a cutting tool, like a burin (engraving) or the corrosive action of acid (etching). Usually the incisions are created by techniques called engraving, etching, drypoint, aquatint or mezzotint. The printing press is designed to increase the pressure compared to the presses used for relief prints. 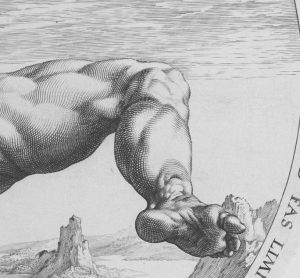 Lines incised into the metal (copper, silver, gold etc.) with the help of a burin are very characteristic: furrows swell and fade. With special wiping techniques the ink is slightly smudged so as to give a softer or blurry effect (retroussage). Additions are easily implemented and mistakes can be polished with a rod. Therefore trial proofs and different printing states are common. Usually the states or trial proofs are identified in the catalogue raisonné of the artist. How many prints can be made out of one plate depends on the hardness/softness of the metal, on the way and depth of the lines and on the care of the printer. There are plates by Dürer that easily bear 500 prints and more, but others that only resist a small number of printing processes.

Dry point means the artist uses an etching needle to cut into the plate (engraving) instead of a normal burin. The needle leaves a thin but often rough burr on the plate, that is typical for dry point – it creates a velvet colour. Rembrandt van Rijn for example often combined this technique with the etching process. 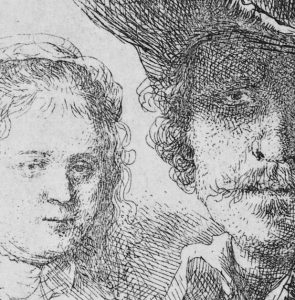 Etching was invented in the 15th century, most likely in Augsburg, Germany. Its advantage was that, unlike engraving requiring special skills in metalworking, the basic technique for creating the image on the plate in etching is relatively easy to learn for an artist trained in drawing. In traditional pure etching, a metal (usually copper, zinc or steel) plate is covered with a waxy ground which is resistant to acid. The artist then scratches off the ground with a pointed etching needle. Afterwards the plate is dipped into a bath of acid. Where the metal is exposed by the needle, the acid bites into the plate and leaves smooth lines. The depth of the lines depends on the duration of the bath. On the print this manifests itself in different shades of the colour. Compared to engraved lines, the etched line is always equally wide (it does not fade or swell) and rough – the latter can only be seen with magnifying glasses.

Aquatint was invented in the 17th century. Like etching, aquatint uses the application of mordant to etch into the metal plate. Aquatint uses powdered rosin to create a tonal effect. The rosin is acid-resistant and typically adhered to the plate by controlled heating, like the waxy ground of a normal etching plate. The tonal variation is controlled by the level of mordant exposure over large areas. It is often combined with other etching procedures and was especially suitable for colour printing or reproduction of painting.

Mezzotint is another tonal technique, that was invented in the 17th century. The plate surface is evenly indented to carry a fairly dark tone of ink – it therefore enabled half-tones to be produced without using line- or dot-based techniques like hatching, cross-hatching or stipple. The mezzotint plate is then smoothed and polished to make areas carry less ink and thus print a lighter shade. Alternatively, beginning with a smooth plate, areas are roughened to make them darker. These two techniques can be combined. 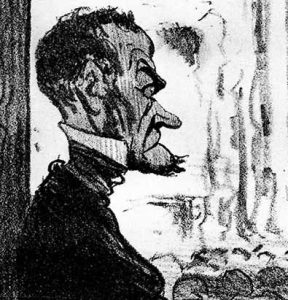 Lithography means the image is created by applying a tusche (greasy substance) to a plate or stone. The term litho means stone –  Lithography is understood as drawing on stone. Certain parts of the semi-absorbent surface being printed on can be made receptive to ink while others (the blank parts) reject it. Lithography was invented by Alois Senefelder in 1796, who published the new approach in the beginning of the 19th century and worked with stones from Soldnhofen. Multicolour printing, chromolithography was invented soon afterwards. It became the most popular printing method for different matters: especially for book or newspaper illustrations, reproductions, posters, postcards etc., but as well for artworks without specific purpose. Lithography originally used an image drawn with oil, fat, or wax onto the surface of a smooth, level lithographic limestone plate. The stone was treated with a mixture of acid and gum arabic, etching the portions of the stone that were not protected by the grease-based image. When the stone was subsequently moistened, these etched areas retained water; an oil-based ink – repelled by the water – could then be applied, sticking only to the original drawing.